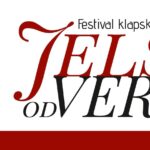 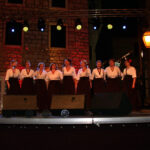 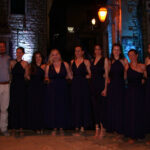 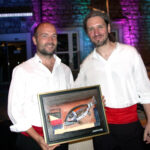 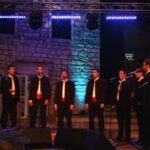 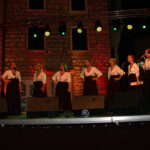 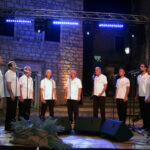 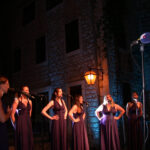 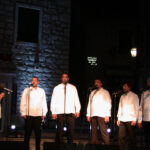 The sixth Festival of traditional ‘klapa’ (harmony group) singing, ‘Jelsa od versa’, will be held as usual on Jelsa’s main square on 22nd July 2022 at 21:00.

This musical event has been devised as a long-term celebration in the form of a competition between local harmony ‘klapa’ groups from Hvar, who present traditional Hvar compositions, musical pieces arranged by Hvar composers, or compositions based on Hvar themes.

The prize for the winning klapa is a statuette with the title ‘Shadow of the Rosette’, created by the sculptress and academician Ivona Biočić Mandić. The inspiration for the prize was the rose window on Jelsa’s little octagonal Baroque church of St. John, which is situated in a little square of the same name just a short distance from the main square.